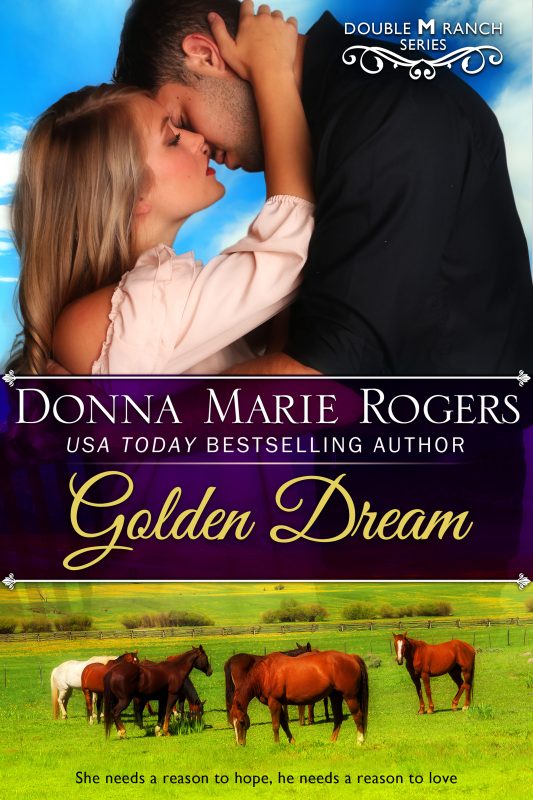 A prideful single mother must rely on the town's richest bad boy to keep a roof over her head.

Penniless single mother Summer Hanson finally lands an interview at a prestigious law firm, only to have her dreams doused thanks to a careless jerk in a pickup truck. When fate brings them back together, the wealthy rancher persuades her into accepting a job in his family's home. Out of options, she accepts the sexy cowboy’s offer, but worries about the price of his “charity.”

Reese McMillan has spent the last five years shedding his bad boy image, and earning back his brother’s trust. Captivated by his beautiful new employee and her adorable daughter, he sets out to win them both over, but worries their budding relationship will die a quick death once she discovers he's the reason her ex is behind bars. When the guy makes early parole, the truth comes out in the worst way possible, and Reese finds himself in the fight of his life to hold on to the only woman he’s ever loved.

“You have such an amazing family,” she told him. And he did. More kind, generous people she’d never met.

“Can’t argue with you there.” He slid another look down at her sleeping daughter. “Would you like me to carry her into the bedroom for you?”

She hesitated, his thoughtful offer taking her by surprise. The thought of this man cradling her little girl in his arms warmed her heart. But was it appropriate? Was it too much, too soon? “I appreciate the offer, but I can get her.” She scooped Katie into her arms and slowly rose to her feet.

He got up and walked ahead to open the bedroom door.

“Thank you.” She laid her daughter down and worked the comforter up and over her. Once she had her settled in, she pressed a gentle kiss to her forehead. As she stood back up, Reese leaned over and followed suit.

The surprise must have shown on her face, because when he straightened and looked at her, his expression grew sheepish.

“I’m sorry, that was a complete overstep. I’m just so used to tucking Molly in that I—”

She stunned him—and herself—by throwing her arms around his neck and kissing him on the lips. After a moment, he lightly settled his hands at her waist, as if taken entirely off-guard.
Or maybe, she’d read the signals wrong and had just made a complete fool of herself.

Summer dropped her arms and broke off the kiss, taking a few seconds to compose herself before gesturing for him to follow her out. Once in the living room, she forced herself to meet his gaze, praying the mortification burning in her chest didn’t show on her face.

“I’m so sorry. I have no idea what came over me. It was just…” She shrugged helplessly, finger-combing her hair back, then wrapping her arms around her middle in self-preservation. “I sound like a broken record saying this, but it’s been just Katie and me for so long that it felt…nice having someone to count on. Someone to show an interest in my daughter. And I guess I romanticized your kindness in my head and—”

In one fluid motion, Reese slipped an arm around her waist and pulled her flush against his broad chest. Suddenly it was Summer’s turn to be stunned speechless.

But instead of kissing her, he admitted in a low, almost rough voice, “I’ve wanted to kiss you since the moment you stepped out of your car Saturday. And trust me when I say I’ve never been one to wait things out. But there’s something about you, darlin’…it’s messed with the way my brain works.” He pulled back slightly and gazed down at her with a rueful grin. “And I’d started to fear the attraction was one-sided…until about thirty seconds ago.”

“I’ve never made a first move before,” she quietly confessed, her heart racing as long-buried emotions rushed to the surface. Wanting, longing, desire. Her body hummed with the need to feel his warm, soft lips on hers again. It had been so damn long… “It was just…seeing how kind and amazing you are with Katie, I guess…you aren’t the only one whose brain is misfiring.” A sigh of amusement escaped her, and she dropped her gaze to the floor in awkward embarrassment.

He slid his hand around to her face, softly caressing her cheek with his fingertips before gently tilting her chin up with his thumb, urging her to look at him. “So, what do we do about this…mutual admiration?” 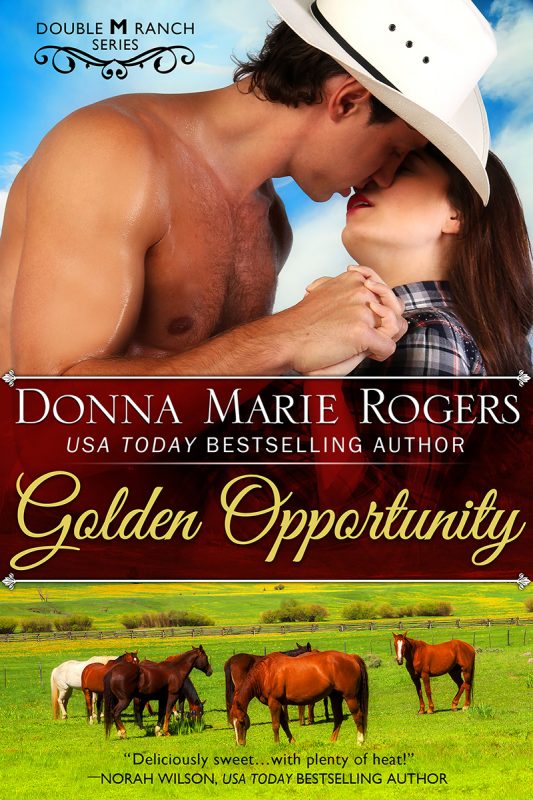 Golden Opportunity
Preview
Disclosure of Material Connection: Some of the links in the page above are "affiliate links." This means if you click on the link and purchase the item, I will receive an affiliate commission. I am disclosing this in accordance with the Federal Trade Commission's 16 CFR, Part 255: "Guides Concerning the Use of Endorsements and Testimonials in Advertising."