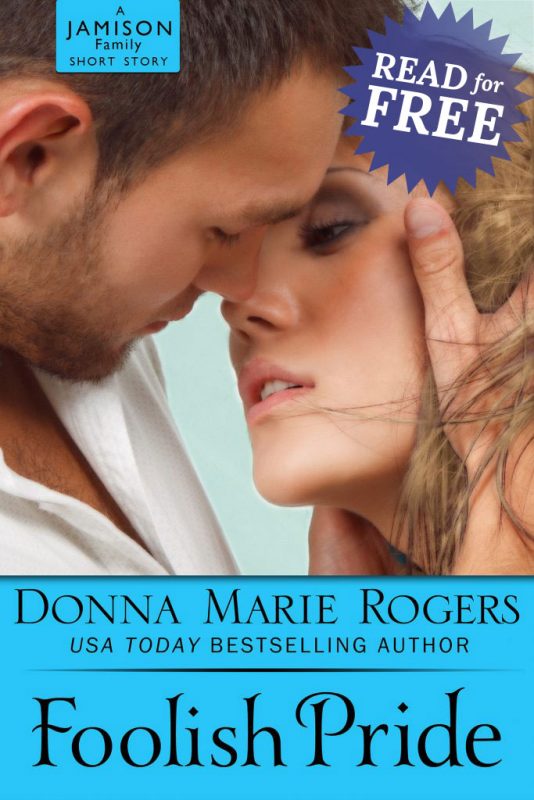 When God was handing out pride, Danny Jamison must have gotten in line twice, because he's about to let the best thing that's ever happened to him slip away--Emily Harris.

Emily is head-over-heels in love with Danny, but she's not sure she can take his jealous mood swings anymore. Something has to give or his Foolish Pride is going to be the end of them.

Sinking down until submersed to her neck, Emily bent her knees and closed her eyes, letting the steaming water work its magic. It seeped into her bones, relaxing her from head to toe as her worries seemed to melt away.

By feel alone, she grabbed her two-in-one shampoo, squeezed a small amount onto her head, and scrubbed like a mad woman. Once rinsed, she reached for the washcloth and bar of soap. She lathered up her face first, washing away her dried tears and every trace of make-up. She ran the washcloth over her shoulders, under her armpits, over her breasts and stomach. She moved the washcloth between her legs–

“I’d be more than happy to take over for you.”

Emily squealed and sat up in a rush, sloshing water all over the floor. When she realized the massive shadow framing her doorway was Danny, she threw the wet washcloth at him. “Dammit, you scared me half to death!”

He pushed away from the door and strode forward. “Sorry. I knocked, but you had Metallica blaring so loud you couldn’t hear me.”

“I find Metallica extremely relaxing,” she snapped. “Now give me back my key and get the hell out of my apartment.” She held out her hand.

Danny knelt beside the tub, but instead of handing her the key he brushed his knuckles down her cheek.  “Look, Em, I know you’re royally pissed at me right now, but if you’d just give me a chance to explain, I–”

“Are you kidding me? ‘Royally pissed’ doesn’teven begin to describe how I feel.” Suddenly more angry than upset, she crossed her arms over her breasts and brought her knees up in an effort to preserve a little modesty. Which she knew was ridiculous since they’d been sleeping together for more than a year.

“You have no idea how sorry I am for what I said. It was completely inexcusable. But…if you could just give me one more chance…” He grabbed her hand and brought it to his lips, holding it against his cheek as he said, his voice raw with emotion, “Em, I love you. And I know you love me, too.”

Her eyes filled with tears. Damn him! Now? He waits until things are over between us to finally say those three little words I’ve been waiting so patiently to hear him say? But…as much as she wanted to believe him, she couldn’t, she just couldn’t.

She jerked her hand from his. “I’m sorry, too, Danny. But I can’t do this anymore. 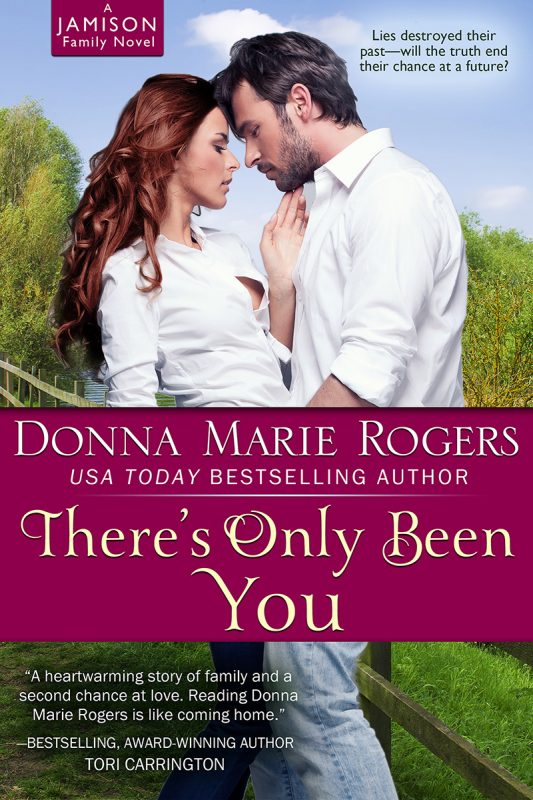 There's Only Been You 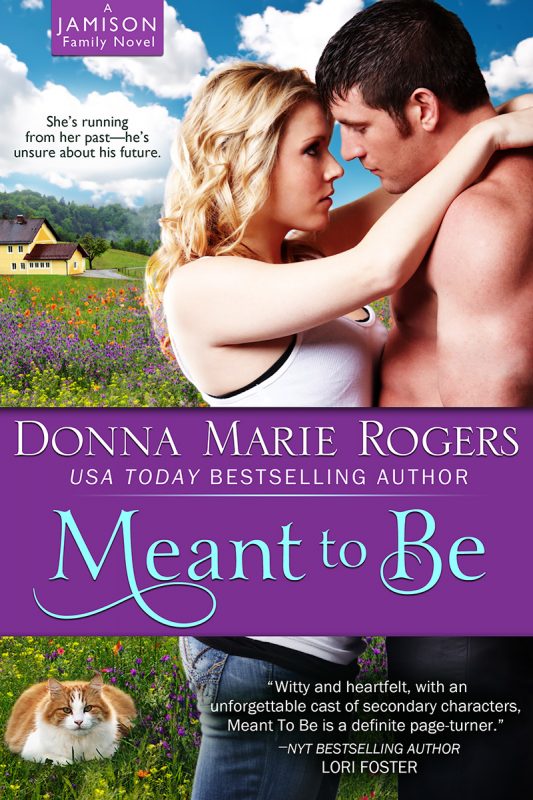 Meant To Be
Preview
Disclosure of Material Connection: Some of the links in the page above are "affiliate links." This means if you click on the link and purchase the item, I will receive an affiliate commission. I am disclosing this in accordance with the Federal Trade Commission's 16 CFR, Part 255: "Guides Concerning the Use of Endorsements and Testimonials in Advertising."